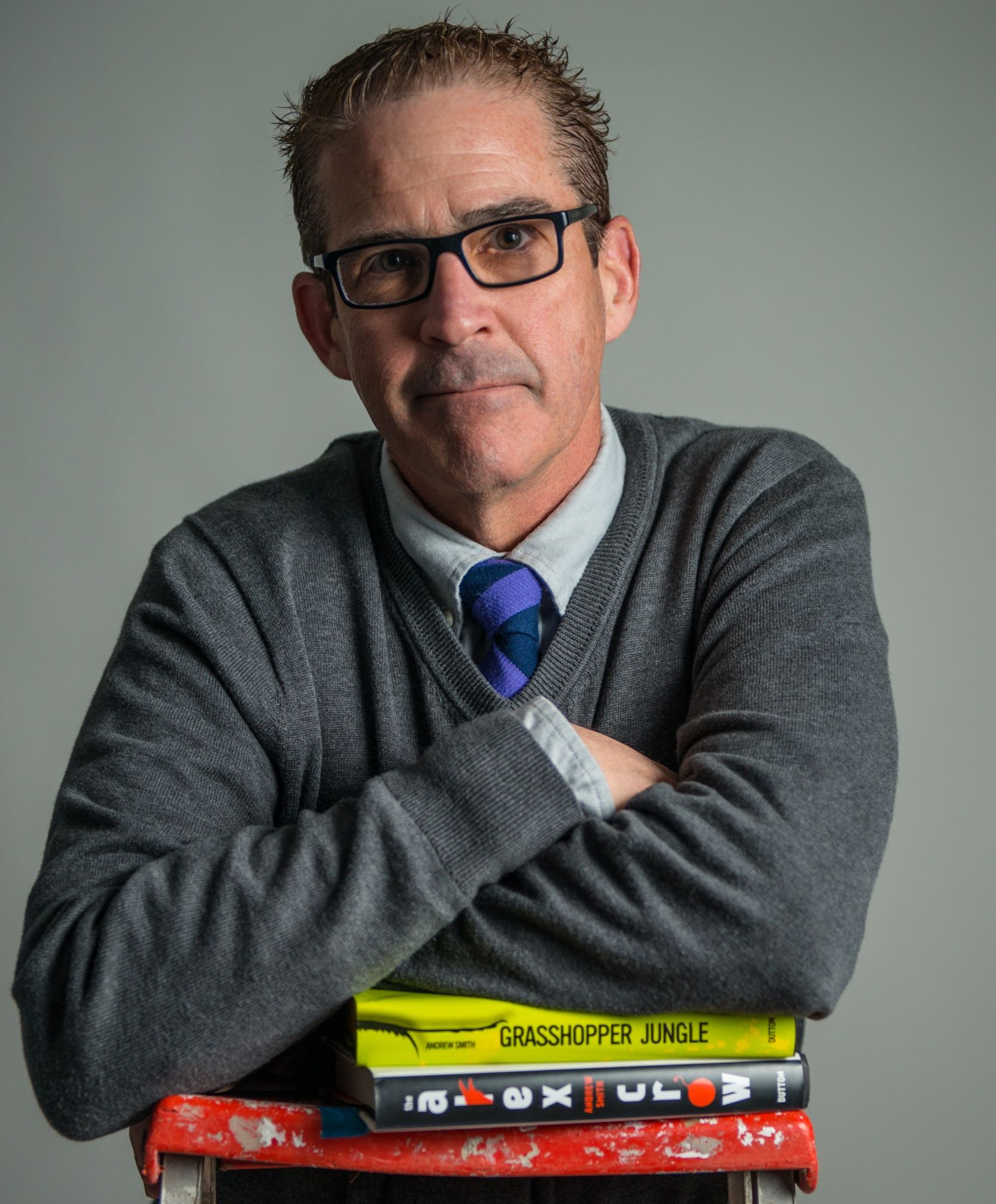 Andrew Smith is the award-winning author of several Young Adult novels, including the critically acclaimed Grasshopper Jungle (2015 Michael L. Printz Honor, 2014 Boston Globe-Horn Book Award, Carnegie Medal Longlist) and Winger. He is a native-born Californian who spent most of his formative years traveling the world. His university studies focused on Political Science, Journalism, and Literature. He has published numerous short stories and articles. The Alex Crow, a starred novel by Kirkus, Publishers Weekly, and Booklist, is his ninth novel. He lives in Southern California.

When we asked our authors what they were or might have been voted in HS, Andrew answered mosy likely to get lost.