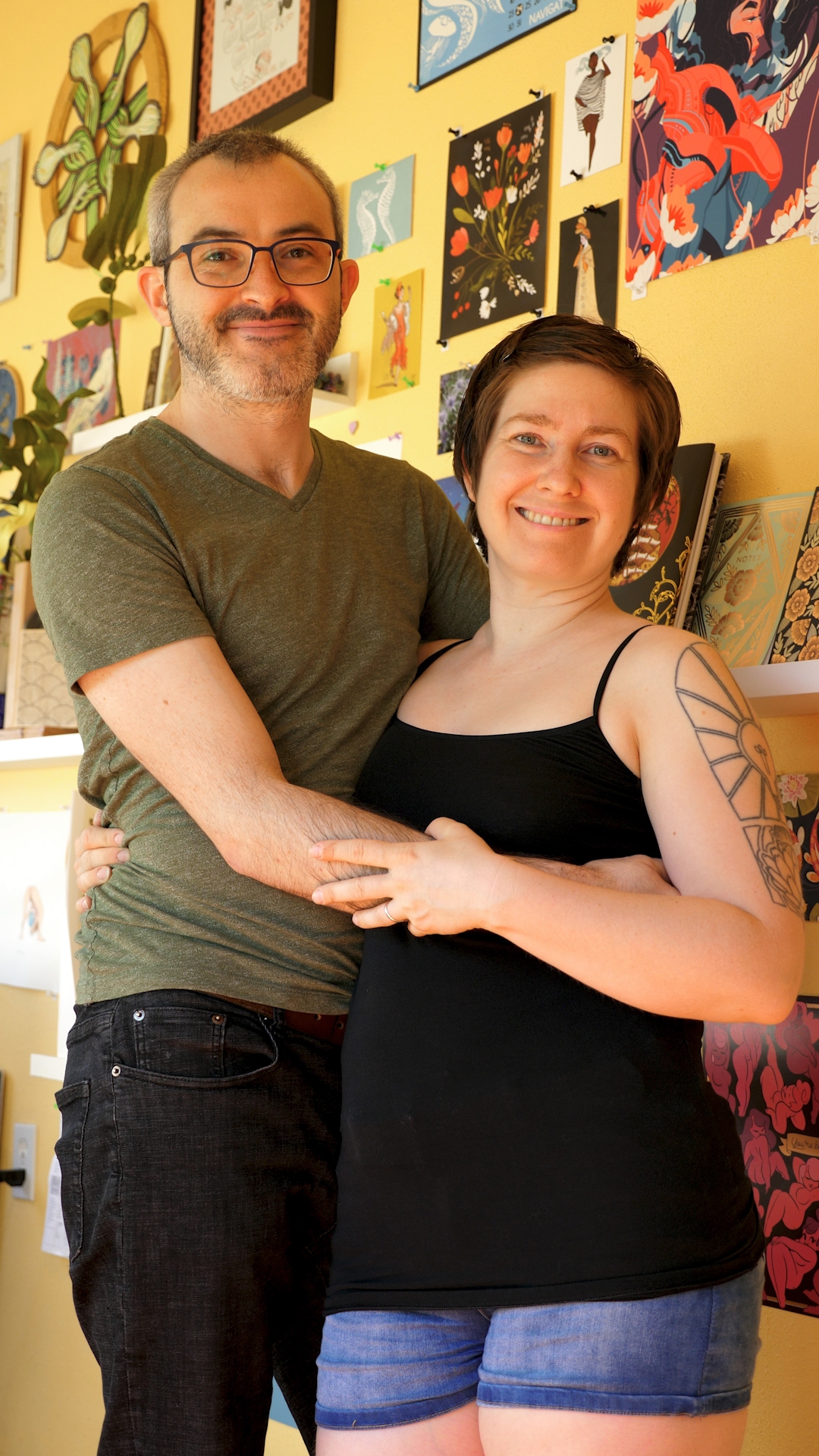 Erika Moen is a freelance cartoonist born June 25, 1983 and graduated with an Illustrated Storytelling self-designed degree from Pitzer College in 2006. She lives in Portland, Oregon where she has been a member of Helioscope since 2008. Having created comics for well over a decade, her work has been published by Dark Horse, Image, Villard and Scholastic, among many others. In addition to creating comics, she also regularly teaches classes and guest lectures on the subject in high schools and colleges around the country. She is best known for her completed autobiographical comic DAR!

Matthew Nolan is wise beyond his years. He's been helping make sex education comics for the past five years and still looks great doing it. He lives in Portland with his wife Erika Moen, and cat Flapjack, who doesn't contribute to the comics at all, despite living off of the proceeds. Lazy, if you ask me. Matt's almost entirely grey, despite only being in his 30s!

When we asked our authors what they were or might have been voted in HS, Erika Moen and Matthew answered most likely to become a cartoonist.