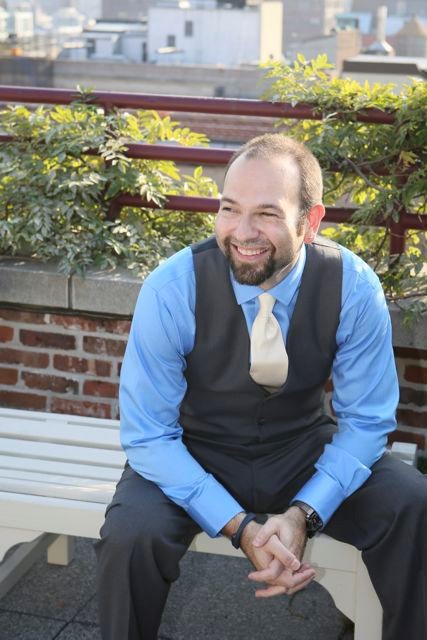 Called a “YA rebel-author” by Kirkus Reviews, Barry Lyga has published seventeen novels in various genres in his eleven-year career, including the New York Times bestselling I Hunt Killers. His books have been or are slated to be published in more than a dozen different languages in North America, Australia, Europe, and Asia.

After graduating from Yale with a degree in English, Lyga worked in the comic book industry before quitting to pursue his lifelong love of writing. In 2006, his first young adult novel, The Astonishing Adventures of Fanboy and Goth Girl, was published to rave reviews, including starred reviews from Booklist and School Library Journal. Publishers Weekly named Lyga a “Flying Start” in December 2006 on the strength of the debut.

His second young adult novel, Boy Toy, received starred reviews in SLJ, Publishers Weekly, and Kirkus. VOYA gave it its highest critical rating, and the Chicago Tribune called it “…an astounding portrayal of what it is like to be the young male victim.” His third novel, Hero-Type, according to VOYA “proves that there are still fresh ideas and new, interesting story lines to be explored in young adult literature.”

Since then, he has also written Goth Girl Rising (the sequel to his first novel), as well as the Archvillain series for middle-grade readers and the graphic novel Mangaman (with art by Colleen Doran).

His latest series is I Hunt Killers, called by the LA Times “one of the more daring concepts in recent years by a young-adult author” and an “extreme and utterly alluring narrative about nature versus nurture.” The first book landed on both the New York Times and USAToday bestsellers lists.

Lyga lives and podcasts near New York City with his wife, Morgan Baden, their nigh-omnipotent daughter, and their preternaturally chill son. His comic book collection is a lot smaller than it used to be, but is still way too big.

If you're an author and you want an excuse to have a good time while also meeting some of the best librarians and fans in the world, I have one piece of advice: Hie thee to the Teen Book Festival! There's nothing quite like the excitement and enthusiasm of the readers in Rochester, whipped into a frenzy by Stephanie Squicciarini and her crack squad of volunteers. TBF means lots of fans, great publicity, and rock star treatment that we authors probably don't deserve...but will happily lap up! Barry Lyga

When we asked our authors what they were or might have been voted in HS, Barry answered I can't put my hands on my yearbook at the moment, but I do remember being named one of the "Brain Trust.".