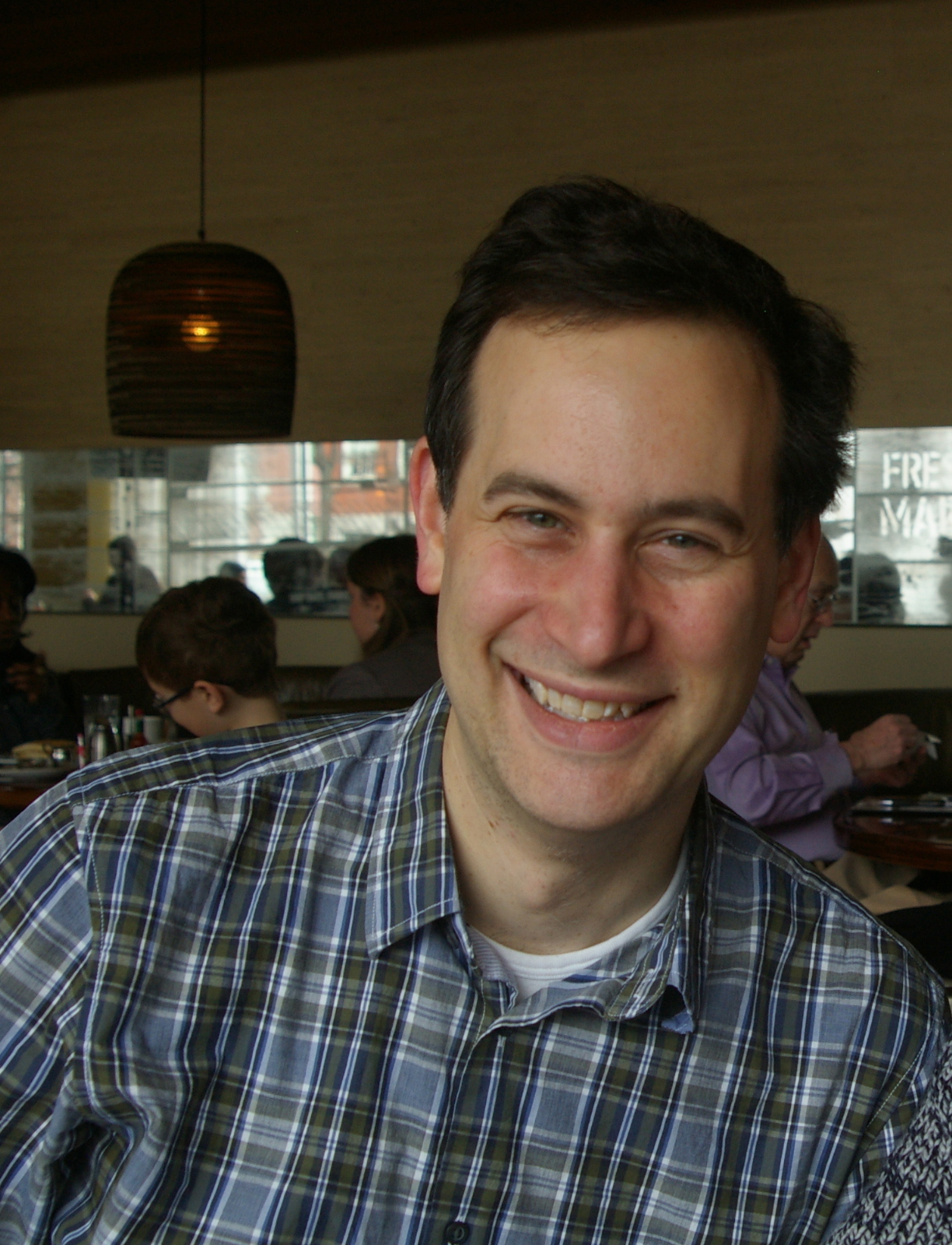 David Levithan finds it downright baffling to write about himself, which is why he's considering it somewhat cruel and usual to have to write this brief bio. The factual approach (born '72, Brown '94, book '03) seems a bit dry, while the emotional landscape (happy childhood, happy adolescence --- give or take a few poems --- and happy adulthood so far) sounds horribly well-adjusted. The only addiction he's ever had was a brief spiral into the arms of diet Dr Pepper, unless you count MY SO-CALLED LIFE episodes as a drug. He is evangelical in his musical beliefs and deathly afraid that his bio will end up sounding like the final paragraph in an on-line dating ad.

Luckily, David is much happier talking about his book than he is talking about himself. BOY MEETS BOY and THE REALM OF POSSIBILITY started as stories he wrote for his friends for Valentine's Day (something he's done for the past 16 years) and turned themselves into teen novels. When not writing during spare hours on weekends, David is a senior editor at Scholastic, and the founding editor of the PUSH imprint, which is devoted to finding new voices and new authors in teen literature. With BOY MEETS BOY, he basically set out to write the book that he dreamed of getting as an editor --- a book about gay teens that doesn't conform to the old norms about gay teens in literature (i.e. it has to be about a gay uncle, or a teen who gets beaten up for being gay, or about outcasts who come out and find they're still outcasts, albeit outcasts with their outcastedness in common.) He's often asked if the book is a work of fantasy or a work of reality, and the answer is right down the middle --- it's about where we're going, and where we should be.

When we asked our authors what they were or might have been voted in HS, David answered I wasn't voted anything...but I was in charge of counting everyone else's votes..