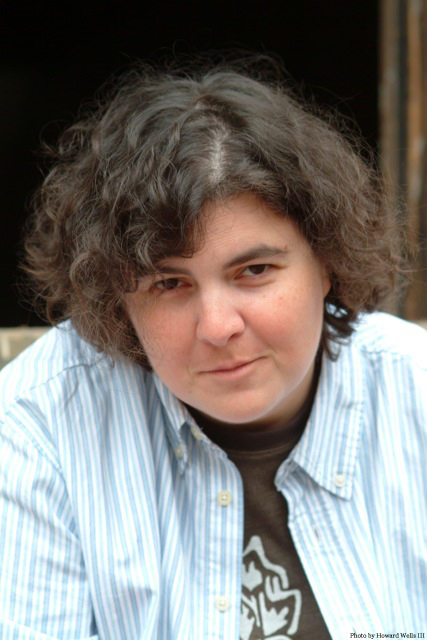 I’m from Mathis, Texas.  It’s a small south Texas town of about 5,000 people where we drove in circles around the Pizza Hut for fun on Friday nights after football games. Even though I was adopted at birth, I’ve always known my heritage was Mexican American. I am proud of the narrative I carry into the world though it has not always been an easy one.

As an author, I garnered the Delacorte Dell Yearling Award in 2004 for Prizefighter En Mi Casa. What followed was: the Parents’ Choice Silver Honor, a Flamingnet Top Choice Award,
a National Council for the Social Studies Notable Book and made the NYC Public
Library Teenage List. Check out the Reviews on Amazon.com

My second novel Feels Like Home released April 2007 to critical praise and award
nominations. I was pretty bummed it didn’t get more attention, but those are the breaks.

My third novel, Fat Angie, released through Candlewick in March 2013, and won the American Library Association’s  Stonewall Award in 2014. Fat Angie was also the foundation for a unique book tour to empower at-risk youth via writing and discussion and the catalyst for the feature documentary At-Risk Summer. From that experience, I co-founded a non-profit to bridge the gap between at-risk youth and artists called Never Counted Out.

Currently, I’m directing my second feature documentary, writing three novels plus a trilogy and a Fat Angie sequel! It’s a busy, busy life, but one I’m honored to live because it is always about empowering readers to know they are not alone. They are part of a human story and that matters every single day.

When we asked our authors what they were or might have been voted in HS, e.E. answered Most Likely to Question The Knowledge.