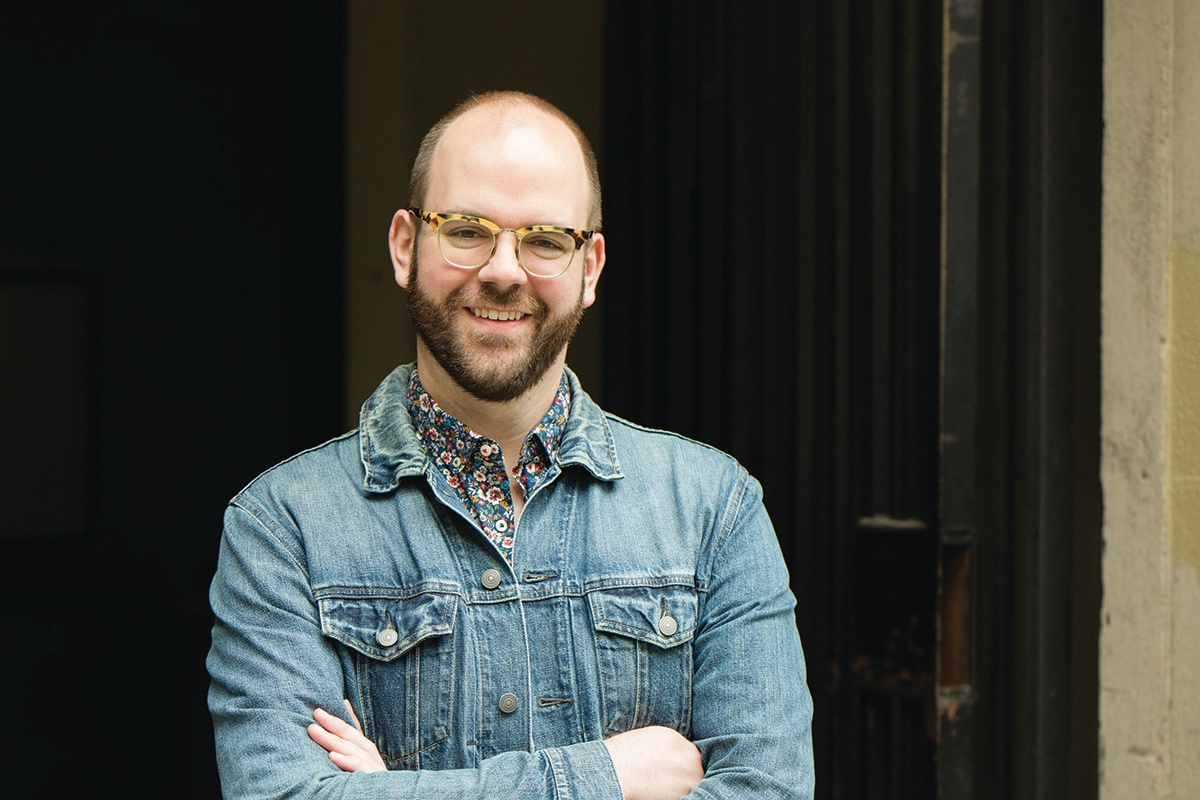 Erik J. Brown (he/him) is a writer based in Philadelphia, PA.

He graduated from Temple University with a degree in Film and Media Arts with an emphasis in Writing for Media. When not writing, he enjoys traveling (pre-pandemic), collecting disco compilations on vinyl, remodeling his haunted house with his husband, and embarking on the relentless quest of appeasing his Shiba Inu, Charlie.

In 2021 he was selected as a Lambda Literary Emerging Writers Fellow.

His debut Young Adult novel, ALL THAT’S LEFT IN THE WORLD, was published by HarperColllins/Balzer+Bray in the US and Hachette Children’s Group in the UK Commonwealth.

When we asked our authors what they were or might have been voted in HS, Erik answered most likely to wear pajamas every day for the rest of his life...and I proved them wrong! .